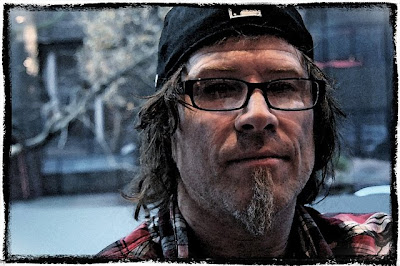 Mark Lanegan is meeting with The Quietus in a Pimlico hotel on a sunny December morning to discuss his thirteen favourite albums and as the conversation unfolds it becomes apparent how much these records have informed his new work. Unsurprisingly it’s Lanegan’s most far-reaching collection and certainly his most satisfying.
“With this new record, because I use a lot of the elements of my influences that I haven’t on previous record, I’ve made a record that’s something more like I would personally listen to than some of the records that I’ve made before,” he says. Judging by his choices, it’s hard to disagree.

1. The Gun Club Miami
I suppose I could have chosen any Gun Club record but this record in particular resonates.

3. Roxy Music Country Life
There have been four or five-hour periods of my time where I’ve had ‘The Thrill of It All’ on repeat as I did stuff around my house.

4. The Bee Gees Trafalgar
I’ve said this before but to me they’re like what The Beatles are to other people. I’m really in awe of them; they’re really, really great.

5. The Flesh Eaters A Moment To Pray, A Second To Die
The Flesh Eaters had this great noir feel about them and that’s also true about the way Chris D writes; he writes outside of music and it’s almost like pieces from a Jim Thompson novel.

6. Fabrizio de Andre Canzoni
My girlfriend has horses and I was listening to it on my phone at the stables and all the horses came in and she was like, ‘Oh my God! They really love that!’ They do! They were all like, ears up, completely attentive.

7. Kraftwerk Radioactivity
There was a period of time when I would listen to it every night with the lights off and looking out of the window – usually of a hotel – at the lights of a city and that’s still the best way to hear it.

8. John Renbourn Faro Annie
On this record in particular I think a lot of Pentangle purists aren’t so into because it has a lot of wah-wah guitar, sitar and groovier elements and that’s part of the reason why I love it.

9. The Leather Nun Force Of Habit
I’m sort of a sucker for European persons singing in English – there’s something about it! They have this one song called ‘Prime Mover’ and I probably shouldn’t say this but I’ve managed to write four or five songs out of that song over the years.

10. John Cale Paris 1919
‘Why are you singing about elephants and cows and why is that making me so sad?’ But it does because the melody is so incredible. It makes me feel sad but in the best possible way.

11. Crime And The City Solution Shine
‘On Every Train (Grain Will Bear Grain)’ is a really sad song but it has a sort of imagery that has a dignity to it. It’s hard to put your finger on but it’s really compelling.

12. The New Christs Distemper
We didn’t have a TV; we just had a stereo. Somebody had that record – I’m pretty sure it came from the early days of Sub Pop because they distributed other records as well – and we would just sit around and listen to that record.

13. New Order Low Life
I still love that album and if you call my cellphone you’ll see that ‘Subculture’ is my ringtone [pulls out his phone and with a huge grin plays his ringtone to prove it].